Jen has always been passionate about helping, supporting, and inspiring young children, which is evident within her teaching practice. Jen began her studies at the New Zealand College of Early Childhood Education, graduating in November 2010. Jen became a valued member of our team in that same month and has filtered her inspiration and leadership throughout the preschool ever since. She thoroughly enjoys teaching the 3-5 year olds, encouraging and assisting each child’s individual learning and pro-social development. The end of 2012 and early 2013 saw Jen have a break away from Preschool as she welcomed her son Ryley. Jen then had another small break in 2017 and welcomed her  second son, Lochie. In August 2014, Jen became a fully Certificated Teacher and is now fulfilling a mentoring role within the company supporting and guiding staff through their registration and studying journeys. Jen prides herself in developing strong relationships with the tamariki and whānau in her care. 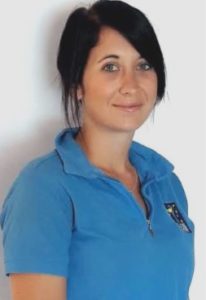